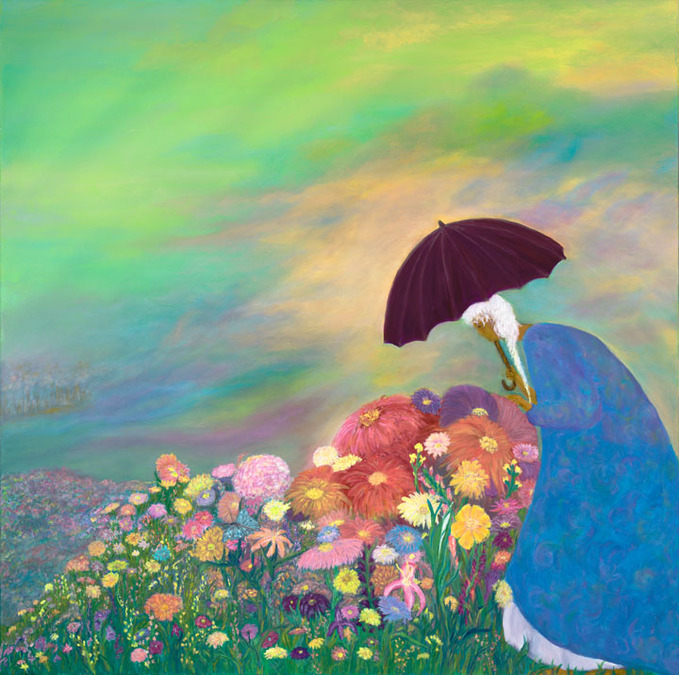 Gwendolyn Brooks penned "furious flowers" in her poem "The Second Sermon on the Warpland". I believe artists are furious flowers of civilization. Furious flowers live among the weeds to fight the battles we have to win. Mother Nature greets her children; factories spew pollution in the background. Furious Flowers must remain vigilant to protect our earth and speak out against injustice, disparity and inequality.