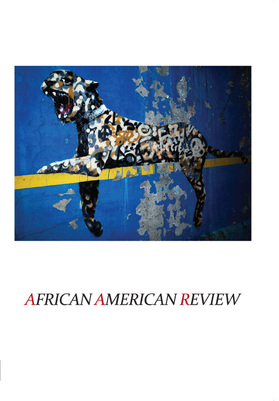 because i was born in the age of
miracles, earth, wind, fire, war,
temptations, and wonder
doesn’t mean i don’t know hip hop
grandmaster flash and the furious five
played on my radio after james brown
took me to the bridge
i was alive when the j5 died
and michael was born
when a prince bridged the funkadelic gap
with a new kind of freaky
and hip hop morphed from
breakdancing to krump
lyrics to rhymes
sampling to beats
bombing trains to walls
cassettes to discs
youth wear to rocawear
fad to culture
fringe to suburbs
edgy to mainstream

run-d.m.c. played “it’s like that”
and as hip hop was named
and grew and went thru
the t-phase of ice, the ice age
of cubes, back to the t-stage
of pain, i continued to channel
mtv, bet, vh1, and tv1

yes, my ears were tweaked
scratching albums grated my nerves
the thought occurred, “what a waste of good albums”

i was at the birth of fubu, phat pharm,
sean john, g-unit, vocal, and ecko
i watched puff daddy change to diddy and puffy to p
ludacris sell 50,000 cds from the trunk of his car
and jay z become part owner of the new jersey nets
finding and following the entrepreneurial footprints
forged by russell simmons
as he plotted a map and laid tracks
for a subway system destined to thrive

i’ve watched michael franti get less airtime
than lil wayne, just like scott-heron
got less airtime than superfly
i’ve watched rappers call
queens of their families by their genitalia
mothers, sisters, daughters, and nieces
called bitches and hoes, until
they had daughters of their own

i’ve watched so-called poets spit lame game
on the back of wordsmiths like scott-heron
and the last poets without giving props
until more politically and socially conscious
rappers and singers, sisters and brothers like
rakim, erykah badu, krs-1, nas, mos def,
de la soul, india arie, and arrested development
realized history and self-esteem weren’t being
recognized, and game without history ain’t game
it’s a mis-read, a nuclear bomb
targeting those most deceived

there were times
i tuned out lyrics ’cause they were
disrespectful of the rights we fought and died for
contemptuous of our queen and queen mothers
disavowing the love we learned to give ourselves
as we went from negroes, to black to
african-hyphenated, hyphenated
back to black, and then part this, part that
but never tuning out the development
of the culture, ’cause i didn’t die
when i turned fifty-five

i am hip hop, as i am the blues, jazz,
gospel, r&b, country, music, and life
i wasn’t born when bechet blew summertime
and monk didn’t visit me when I was a child
they didn’t turn on my table or
know they’d play on my pod
but today they are as much a part of my soul
as stevie, aretha, marvin, nina, and teddy